All articles tagged with "Woman Pooping"

Mistress proves she is not a pushover

This guy mistook this mistress for a pushover and he tried to gain undue advantage over her. He even tried to exert undue influence on her but he was shocked when she responded. The mistress got the guy to eat her shit and she degraded him like he had never been degraded before. He felt like crying but his pride would not let him cry. He tried his best to endure it all bravely. 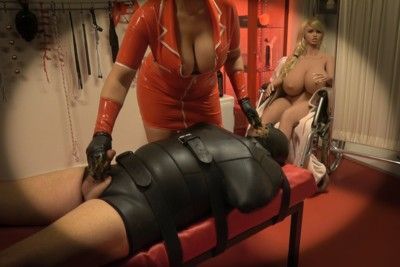 Mistress Bianc and this guy had a bet. She won it and she had a free hand to do whatever she wanted to him. She chose to shit on him because it was something she had always wanted to do but had never gotten down to doing it. She did it as quickly as she could and she forced the guy to not only endure being shit on, but also to eat the shit.

Mistress Gaia wanted this loser never to do what he had done ever again. He did not really comprehend what she told him. She told him while she had him lick her feet. He did not do it as well as she wanted and she escalated it and she made him eat her shit. He ate it and was degraded and humiliated but he learned his lesson and never did it again.